The 521HUB Business Park is the first business park to be built adjacent to the A3 motorway on the outskirts of Madrid city.

Unlike other motorways surrounding the Madrid city area – where it is very unusual to find many office buildings as is the case near the A6, A1 and A2 motorways, the old state highway 3 is a road with no tradition of office buildings.

Driving along A3 motorway, you get the feeling of reaching countryside really quickly. Urban areas soon disappear and you have the feeling of being far away from the city. However, it is quicker to get to Rivas-Vaciamadrid (17 km along the A3) than to get to other areas such as Las Rozas on the A6 motorway, Alcobendas on the A1 motorway or Torrejón de Ardoz on the A2 motorway, even though distances to the city are similar.

Also known as the Valencia road, the A3 motorway has always had a bad reputation because for many years, it used to experience traffic jams during the summer or Easter holidays,, even at weekends in spring time if the weather was good, as people used to leave the city and head to the beach on the east coast. The M40 urban motorway used to see heavy traffic too. Today, the road network has improved considerably and now the A3 has become the best road out of Madrid. Rivas-Vaciamadrid can be accessed by road from the M30, M40, M45 and M50 urban motorways and the R3 arterial toll road. It can also be accessed by metro on Line 9, although it looks like a suburban railway as it travels over ground at this point, in the direction of Arganda del Rey. There are also several bus routes from Plaza Conde de Casal in Madrid, these journeys barely taking 15 minutes. 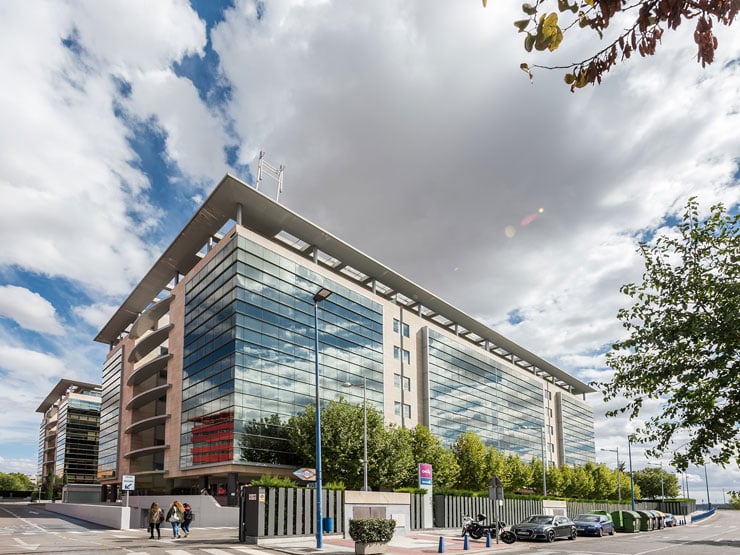 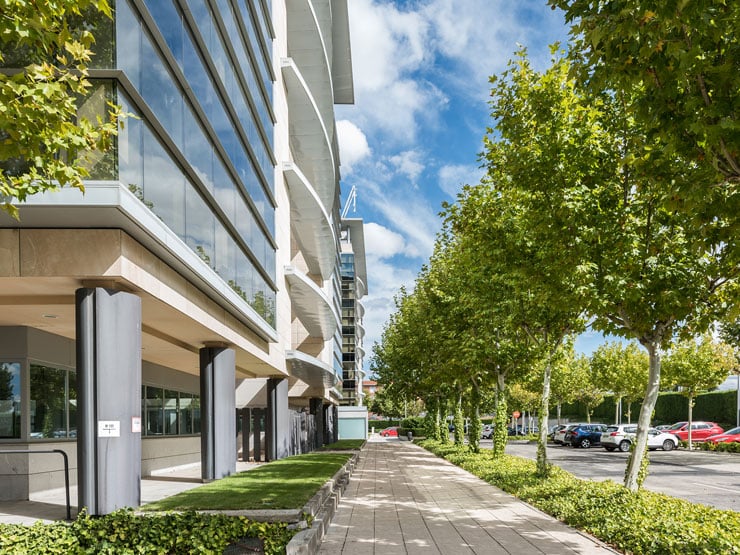 Business parks located in “traditional” office areas are congested in terms of traffic, mainly at peak times, while the 521HUB Rivas Business Park experiences less congestion, both on the roads accessing the business park as well as in the vicinity, because it is situated in an area with fewer business parks.

On 521HUB Business Park’s doorstep, literally, there is the H2O Shopping Centre, with its main entrance just across the road from our business park, unlike on other business parks, where the shopping centre is “on the doorstep” but you actually have to get in the car or face a long walk.

However, when the Rivas-Vaciamadrid GUDP (General Urban Development Plan) was approved, 521HUB decided to reinvest in the area and change its business activity, buying the project for the two office buildings, part of the Rivas Futura business park, from the company Rivas Futura. Its new objective was to rent the offices to companies from the area but also to companies already located in Madrid possibly considering moving their offices to the outskirts of the city.

Companies in Madrid have gradually been learning that there is a business park in Rivas-Vaciamadrid, 521HUB, offering excellent connections, a wide variety of services, top quality and unbeatable prices. And this knowledge now means that the Rivas Business Park is being duly recognised and seeing increased occupancy.